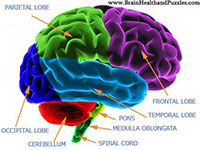 One resiliency‑building brain booster that has a wealth of research support is the power of movement…for healthy brain development in children and for maintaining healthy brains.

The American Academy of Pediatrics continues to issue strong statements about the importance of play, recess, and physical education is for children. The organization states that reductions in these areas, especially in schools, actually interferes with healthy brain development. Thus, schools who cut P.E. and recess in the pursuit of increased test scores are actually hindering educational achievement rather than promoting it!

Harvard Psychiatrist John Ratey declares, “Exercise is the single most powerful tool you have to optimize brain function.”…

…and his work with educators across the country has produced astounding evidence of this.

One study over several years with 19,000 students in Naperville, IL showed the amazing power of an early morning P.E. class BEFORE any other classes of the schools day:/p>

“The results attained by Phil Lawler and his associates in Naperville speak volumes. Gym class has transformed the student body of 19,000 into perhaps the fittest in the nation. Among one entire class of sophomores, only 3 percent were overweight, versus the national average of 30 percent. Their New P.E. program has also turned those students into some of the smartest in the nation. In 1999 Naperville’s eighth graders were among some 230,000 students from around the world who took an international standards test called TIMSS (Trends in International Mathematics and Science Study), which evaluates knowledge of math and science. In recent years, students in China, Japan, and Singapore have outpaced American kids in these crucial subjects, but Naperville is the conspicuous exception: when its students took the TIMSS, they finished first in the world in science and sixth in math.”

“Second, it prepares and encourages nerve cells to bind to one another, which is the cellular basis for logging in new information;” and

“Third, it spurs the development of new nerve cells from stem cells in the hippocampus.”

CLICK HERE TO GO TO RATEY’S WEBSITE AND LEARN MORE ABOUT THE NAPERVILLE “NEW P.E. PROGRAM”…& HOW TO OPTIMIZE THE BRAIN

“Outstanding in every aspect. Every person should [attend]…starting in elementary school, and reviewed yearly!”

“Needed by all levels of military structure…what the...